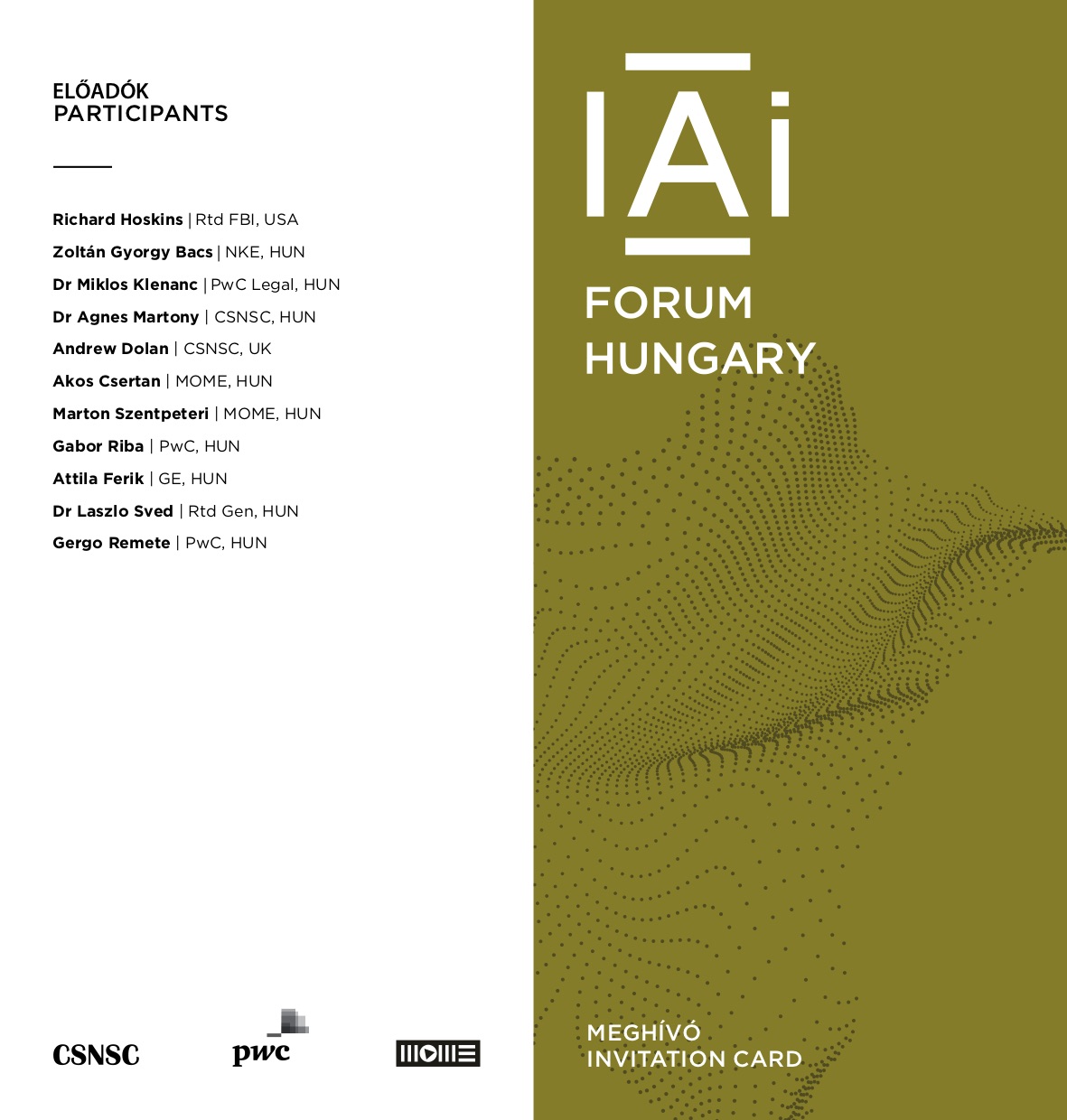 The implication of the continuing evolution of artificial intelligence for society has yet to be fully appreciated in Hungary.  That does not imply that people are totally unfamiliar with the basic contours of machine intelligence but rather that how it might be used and what the potential consequences might be.

Indeed, there has been a significant increase in the calls for just such deeper understanding amongst many AI commentators, as they concede unease over issues such as gene editing, mass unemployment and the rise of ‘killer machines’.

Of course the fundamental point of many of these issues is less the nature of technology or algorithms but rather the concerns underpinning of AI’s use.  Simply put, many people are afraid that eventually, we will lose control of machines and imperil the unique status of man and personhood.

Given such concerns, the AI Forum Hungary is proposing to create an Ethical Enquiry Group to study the moral and ethical impact of AI as it might impact on society.  Such a group will obviously be attractive to individuals such as academic philosophers, theologians or public intellectuals.  However, it is felt that it might also attract the interest of the scientific and technological community as well as politicians or the media.

The objective of the group will be to develop a sensible platform of possible research topics that individuals or clusters might seek to investigate, discuss and disseminate their findings.  Hopefully, much of this output can stimulate public debate.

Based on your interest in the work of the AI Forum or AI matters in general, we would be delighted to invite you to participate in the inaugural meeting of the Ethical Enquiry Group and help us identify suitable subjects for further philosophical exploration.

For this inaugural meeting, we are proposing to discuss three initial themes, including:

This list is far from exhaustive but merely indicative of the range of challenges associated with AI and which have an ethical or moral dimension.

Your participation would be greatly valued as we launch, what we believe, will be a significant project in AI knowledge enhancement.